Avven began their path in 2004, focused on creating their own music from the very start. Their first album Panta Rhei was released in 2006 and got some very favourable reviews. After a long touring across Slovenia, Avven went back to creating music. In 2010, two new singles from the upcoming album were released. Thanks to Ros and Zmaji, the band found themselves on radio for the first time, and gained a great number of new followers. In April 2011, Avven turned a new chapter and released their second album Kastalija. Kastalija contains 10 new songs, marked by the band’s love for the world of fantasy, tales and miracles. Avven invited a number of guest musicians to contribute with the recording. Kastalija features a string quartet, flutes, a choir, and of course a big range of different folk instruments. Avven managed to bring everything that they are known for to this album – magical folk melodies, a strong background of heavy music. In the spring of 2012 the band set off on their first larger tour outside of Slovenia. The BeltineFest 2012 tour took them to countries of Central Europe and the Balkans where the reception of the crowd was outstanding, which was also confirmed by numerous new invitations of organisers abroad. In 2013 they already toured in Hungary, Poland, Czech republic and Slovakia, and also appeared as headliners on some bigger slovenian festivals. At the same time, band turned the whole new page in their approach of making music, and a radical move towards more modern sound with their new project EOS. They also decided to even strenghten the bond with their fans, sharing the demo versions of the songs with 100 »betatesters«, who were acctually able to participate in the whole decision making process. Avven are at the moment soaring high, and they prove their worth again and again with their live performances. 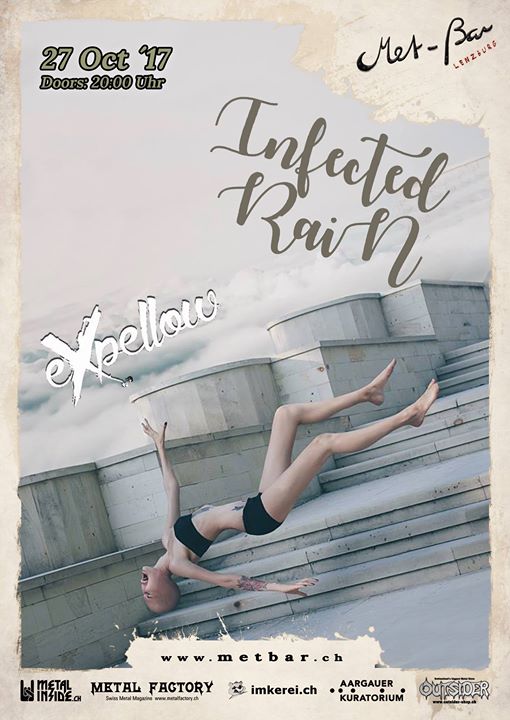