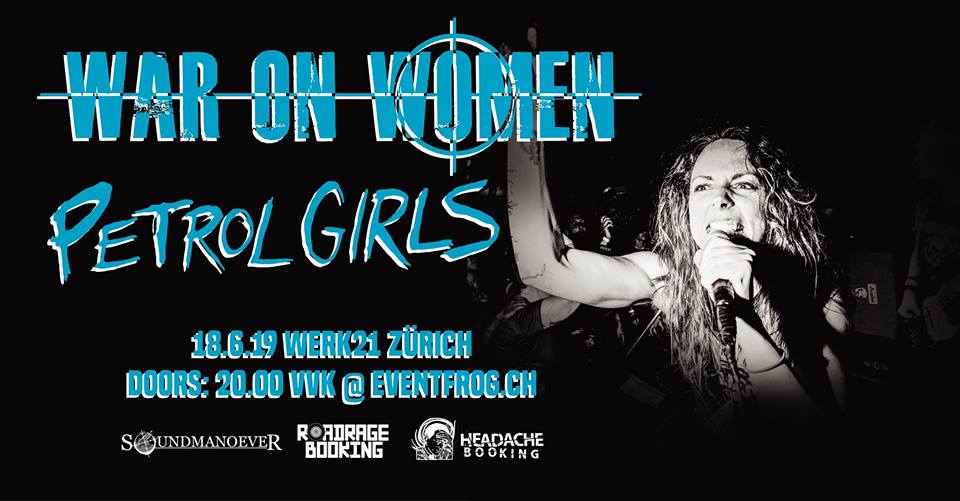 War On Women
is a co-ed feminist hardcore-punk band. Formed in Baltimore, MD in 2011, W.O.W. use driving riffs and in your face vocals that attack the listener both sonically and lyrically, penning catchy and confrontational songs that touch on rape culture, street harassment, the gender wage gap, transphobia, and other vitally pertinent social issues.

Petrol Girls
Petrol Girls are a feminist post-hardcore punk band, originally formed in London, with members
from Austria, Lithuania and the UK. Now based all over the place and touring incessantly, the band
are strong advocates of freedom of movement, anti capitalism and intersectional feminism. Rooted
in a DIY music community that has always combined politics with punk rock, Petrol Girls are part of
a counter culture challenging mainstream values like nationalism and the gender binary. They have a diverse range of influences and have supported bands such as The Dead Kennedys, Propagandhi, RVIVR, War on Women and Refused.